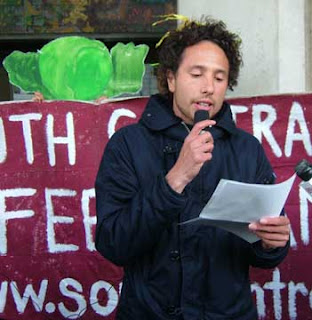 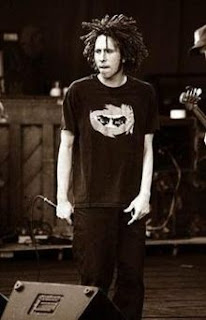 When Rage split in 2000, Zack was 30 years old, maybe pushing it a little but still entirely able to wear dreads and be taken seriously. The vocalist has taken the last years off from regular recording and returned with an afro of sorts and a little bit of extra weight. What does this mean for our enjoyment of the show? Absolutely nothing.

We're lucky to see this show period. Rage broke up in 2000, when all four of us were still in high school, some of us just freshmen. Though this year might be a bad indicator, bands that brake up due to disagreements don't often reunite. And they certainly don't owe it to the fans.

Zack could come on stage with a well-coifed comb over and a cardigan sweater for all I care. When he grabs the mic and tells the crowd to please settle down a bit because Rage isn't used to all this yelling is when I start to get mad. Rage Against the Machine produced one of the best rap/rock album of all time in a genre that produced little to no time-tested music. Oh yeah, and they did it in 1993, a good five years before the rest of the industry even attempted to emmulate their sound. While one can argue endlessly about the conflict of advocating massive left-wing change and revolution while selling merchandise, concert-tickets and fattening your pocket with a major label contract, nothing changes the political awareness the band has heightened.

For example, the band released a concert DVD from a show they did in Mexico City. Infused between songs are snippets of information regarding explotation of indigineous peoples in Mexico. The DVD itself didn't inspire me to revolt against my government, that would be insane. But it did push me to learn more about the issue, and awareness is the first step to change.

So Zack can come out without his dreads, he can put on a suit coat and do a dedication for Patti Smith at the Rock and Roll Hall of Fame. Nothing changes the music this great band has produced, the message they infused with it and their gracious decision to give us die-hards another chance to see them. That being said, on a sophomoric level I miss the dreads as seen in the bottom shot from seven years ago contrasted with modern day above it.
Posted by Zack Q at 2:45 PM

I have read so many posts concerning the blogger lovers except this piece
of writing is genuinely a fastidious post, keep it up.