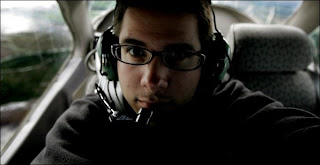 Anthony Soufflé decided he was going to Coachella after he heard it involved an impromptu 27-hour drive to the west coast. The conversation died quickly.

Excitement built for him after he learned the Red Hot Chili Peppers, Willie Nelson and Damien Rice planned to perform, but at the heart of his decision to drop more than $300 on tickets and forfeit four days of class for a massive road trip was the adventure.

A big fan of Manu Chao’s aforementioned “Welcome to Tijuana,” Anthony also speaks often of our day trip to Mexico, though I’ve had to assure him that staying in the border city past sundown will not mean instant robbery. We will walk the beach, see some sights, grab a street taco and steer clear of the seedy underbelly. As long as we avoid cheating the narcos or smuggling illegal immigrants, we should return problem-free. That much won Anthony over.

Anthony, who has interned as a photojournalist with the St. Louis Post-Dispatch and the Naples Daily News, will also document our trip in a more concrete way than this daily blog. He will photograph.

For a man who often sleeps on our Goodwill couch at any and all times of day, he is also far too concerned with whether our group will get the needed sleep in the sure-to-be raucous camping ground. I plan to drag him into the pit during Rage.
Posted by Zack Q at 9:35 PM