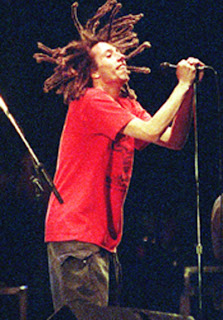 While we won't see Rage's only reunion show, we will see the first in nearly seven years.

The LA Times has reported that Rage's performance at Coachella will not be the one-and-done the band originally said it would be. Rage, which cited ruthless scalping prizes after Coachella sold out more than 80 days before the show, will play three more dates with the Wu-Tang Clan, which has its first album since 2001 dropping this summer.

That's the bad news. Our trip to Coachella will not culminate with Rage Against the Machine's only reunion show, which would have been infinitly more special than the first of four. These extra shows rob of us of saying we were there for the only. But we can still claim we were there for the first. The pent up aggression will be released upon us.

There is some good news to these added shows. They are in New York, southern California and San Fransisco through out the summer. The romance of ending my college career with an impractical, semi-impulsive road trip to see my favorite rock band lives on. In closing, uhh, no grand insights here. So in the words of Rage, f*ck you, I won't do what you tell me.
Posted by Zack Q at 6:32 PM

So, as I sat with some friends discussing how AWESOME I am, one of them said something that almost made me punch a pregnant senior citizen in the face. Here is the quote:

"I wish Cornell hadn't left Audioslave, they were way better than Soundgarden and Rage Against the Machine."

I couldn't even fathom what would make a person say such garbage.

She still held her stance after I explained how significant both Rage and Soundgarden were to music while Audioslave was like the creepy uncle that only came around to family reunions to scope out chicks.

She claims Cornell is a better singer and that Audioslave could have become more important than Rage... I'm sick... help me.