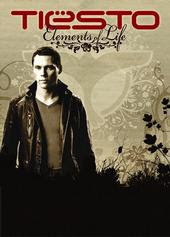 Tiesto, a dj from the Netherlands whose albums sell for a whopping $18 on half.com, boasts on his myspace page that his "career is punctuated by landmark achievements."

Tim and I immidiately hate him. He was on thin ice anyway after we saw his CD prices, the landmark bragging put him over the top. This guy is the antithesis of everything we stand for. He supports: -price gouging and -success followed by pointing out one's accomplishments. Not our type of guy.

Here's how it plays out. We line up early at Tiesto's set, mostly because we are spiteful individuals that prefer bringing others down to actually having a good time. As he comes out, most of the crowd starts cheering. Notice I said MOST of the crowd. Front and center, right before him, stand Tim and I, arms folded. So disgusted are the looks on our faces, that this dude can't even start to perform. So he engages us in conversation. Mistake.

We launch into a deeply personal, explitive-laced attack on this guy. He refuses to perform until security removes the "guy in the red bandana and the other guy in the Acapolco shirt."

With conflict destined, Tim and I set about to research what sort of landmark achievements mark his career. Tiesto was the first dj in the world to sell out a solo stadium with an audience of more than 25,000 for two consecutive nights, he played in front of billions at the opening ceremony in the Olympics and according to his Web site, he "remains grounded about his acheivements and clearly loves making and playing music above the accolades it brings."

So he's humble AND talented? Not our type of guy. However, while researching how much we hate him on his own myspace page, we listened to a bunch of his work. Needless to say we will be front and center for his performance, but unfamiliar with his work given the $18 price tag his albums carry on half.com.
Posted by Zack Q at 8:35 AM