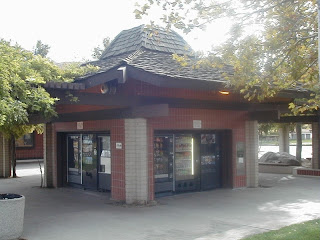 Conflict reared Thursday night in an apartment blocks away from the Southern Illinois University Carbondale campus as four friends hammered out details for a trip later this month to the Coachella Valley Music and Arts festival in southern California.

Urinating drove the main wrench into the session, which was held by four friends planning to make the trip. The four, all of which are students at SIUC, met with notepads, they nearly left with bruises.

Zack Quaintance, a soon-to-be graduate of SIUC, stood alone on one side of the disagreement while Tim Dusza and Wayne Utterback took point on the other side.

"Milk jugs, four empty milk jugs for emergencys makes so much sense," Quaintance said amid the heated arguement. "If we stop because one dude has to take a piss that's bogus and he's a pussy."

Quaintance argued the crew should stock the car with empty milk jugs in order to cut down on five minute toliet breaks and expediate a drive from Carbondale, Ill., to Indio, Calif., which Mapquest.com pegs at 27 hours.

The others decried his idea, saying a stop would not be so bad.

"I guess we know who the real man's man is here," Quaintance said. "And even if we stop at a rest area, I'll be in the car with a milk jug listening to gangsta rap while you guys use the little ladies room."

No punches were thrown, but it was close. Other developments from the brainstorming session inlucded a decision to play trivia in the car, a list of non-perishable snack foods that included pretzels, granola bars and Ritz Crackers and the formation of a partial trip playlist. The four man crew plans to resume preparations once tempers settle down.
Posted by Zack Q at 12:11 PM

He's right, the rest of your are bitches. Suck it up, men.