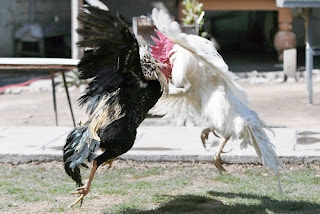 We will not miss our chance to cross the border while on this trip. The idea to visit Tijuana was born shortly after the one to attend Coachella.

We plugged Indio, Calif., in to mapquest, learned it was but an hour from the border and decided if we made the trip to Coachella we would stop in Tijuana. We don't quite know what to expect from this border city just south of San Diego. Yes, it can be very dangerous. No, people don't automatically rob you for being American. Yes, many illegal activities bombard tourists from prostitution to cheap prescription meds to cock fights if you know where to look.

But it doesn't have to be as seedy as all that. I hope to speak some Spanish, meet some locals and jump into the Ocean with all my clothes on if weather allows. Street tacos in my belly, the hot Mexican sun in my skin, I will return stateside for some well-deserved sleep after this Thursday afternoon excursion. The next morning begins Coachella and the three day celebration of my college days that end less than two weeks later.
Posted by Zack Q at 9:56 AM


its more like 2 or 3 hours if i remember correctly