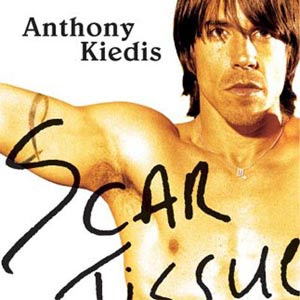 Time to tackle the important blog topics with five days left until we depart, such as could I hold my own in a fist fight with Antony Kiedis.

I maintain the ass womping wouldn't be as severe as it seems. Fact, Anothny Kiedis is a 45-year-old man. Fact, I'm 22 years old, in the best shape of my life and have been going to the Rec Center daily since January.

Item the second, Anthony Kiedis is a recoving heroin addict. Fact, I have never used heroin, much less been addicted to it. Fact, my record in hand-to-hand combat is a stunning 1-0 after I won the only fist fight I've ever been in with one punch on Sept. 11, 2001. Anthony Kiedis has no doubt been around the block and won his share of scuffles, but he's also a very rich man and no doubt soft with celebrity and luxury.

Here's how it goes down, Anthony Kiedis reads this blog, and starts to wonder who this guy is who thinks he could hold his own in fisticuffs with the lead singer of the Red Hot Chilli Peppers. He calls me up on stage, and we throw down. What else could I do? The crew would have to come in tow. Wayne takes a beating from Flea, no doubt the toughest Chili Pepper while Tim and Anthony fend off the others.

I would circle with Kiedis until he charged me and then do my best to reign blows upon his head while he worked the body. Hopefully this wouldn't affect their set, I think they're a great band and can't wait to see them. But nonetheless, I must wonder if I could take their lead singer. Either way, it'd be One Red Hot Minute.
Posted by Zack Q at 9:22 PM

you shouldn't even question weather you would win in a fight against anthony keidis. He is a legend and you are not even worthy of being within 5 feet of him

Ps He would whoop your unworthy ass

Dude you have no idea how that fight would turn out.
Fact: You sound like a dumbass