LCD Soundsytem and notes on other electronic music 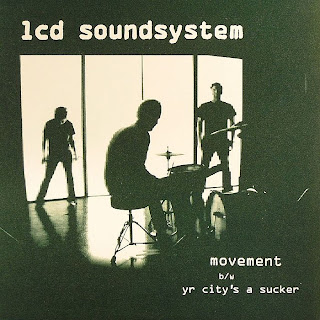 LCD Soundsystem has released one of the best albums of this year, simply put.

There first self-titled album was good, particuliarly the catchy single "Daft Punk is playing at my house," but this latest release, The Sound of Silver, plays well in any situation.

Driving, making dinner, studying, this album backdrops it all perfectly. It even earned an Entertainment Weekly pick of the week accolade, an honor not given lightly by the publication that is consistently tough on musicians.

Of course all this is relevant because LCD Soundsystem is playing Coachella. They are just one of many bands with electronic-styled music to rock the festival. Others include !!!, Hot Chip, the Rapture, Junior Boys, Tiesto and DJ Shadow. According to the Coachella movie DVD and many on the message board, these acts typically play inside one of the tents.

But until the long-awaited set list hits during the week of the show, we have no way of knowing. All we can do is hone our dance moves and hope we get to see one of all of these acts instead of losing many to conflicting performance times.
Posted by Zack Q at 11:11 AM