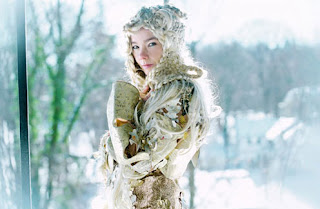 Two Carbondale men have launched a battle for the affections of Björk, a 41-year-old Icelandic singer/songwriter.

The two men, both students at Southern Illinois University Carbondale, will vie for her attention April 27 before she headlines the first night of southern California’s Coachella Valley Music and Arts festival. However, one competitor has denied the contest is occurring at all.

“Contest? I’d hardly call it a contest,” said Zack Quaintance, a 22-year-old journalism major blatantly attracted to Björk. “He’s going down, that’s all there is to it. In order to have a competition you need two sersiouly viable competitors. He sucks.”

The alleged sucker is Tim Dusza, a 22-year-old English major that works part time as a shift manager at Carbondale’s popular Panera Bread restaurant. Dusza could not be reached for comment at time of publication, but he is widely known to be listening to Björk’s music in an attempt to impress the Grammy nominated songstress.

“If it should happen that the three of us are alone, I can really shine,” Dusza said last month after the contest was first declared.

So far, neither man has acknowledged that Bjork is not only seriously involved with long-time boyfriend contemporary artist Matthew Barney, but she also has a 4-year-old daughter and a 20-year-old son.

The two men stand to do battle in seven weeks at Coachella.

Photo caption: Icelandic Björk has become the affection of two men making the trip to Coachella. Photo taken from the Coachella Web site.
Posted by Zack Q at 9:23 AM