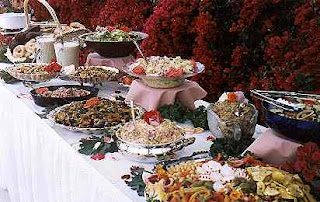 Food, the prime thorn in the side of any haphazard road tripper. What will we eat? What can we eat? How can we minimize time spent at rest stops?

These questions far outrank where will we sleep, in terms of importance. Yes, finding lodging presents a challenge, but it’s a fun challenge. Besides, I’ve spent the night in the back of a pick up truck on the highway between Mexico City and Puebla. Wherever we end up, it’s bound to be more comfortable than that.

To battle our appetites, we will shove off from Carbondale with a cooler full of thirty-some sandwiches. A friend who had just ventured 30 hours cross country to Seattle advised against such a tactic, saying his group attempted it and later dumped the food box on the side of a highway in Wyoming on account of lack of arm space.

This poor soul drove that trip in a far smaller car. Tim’s mammoth Buick, while suspect in whether it will survive the trip, provides plenty of space. So we pack a cooler full of tons of my second favorite food (sorry Earl of Sandwich, but pizza tops your creation). Ham and turkey will be our only selection. No cheese or mayo, that’s bound to spoil.

As we cruise through the desert, we will stop often to refill the blue and white box of sandwich with ice. Once we get there, our culinary dynamic flips upside down. Only a fool tries to maintain a cooler full of sandwiches at a three day festival that requires attendees to stay inside all day.

We will eat sparingly inside the festival, hoping to avoid $10 lunches of little nutritional value. Also, none among us want to dump in a terrible, piss-filled, sun-baked portable toilet, even if the other three stand guard outside to prevent against tipping. Eat a meal at the wrong time, and we’re looking at having to leave the Rage pit during Bombtrack to unload a costly mistake. Not cool. Personally, I hope the organizers offer kabobs of some sort.

Photo caption: Here awaits a feast fit for the kings we are. Photo taken from vegsource.com.
Posted by Zack Q at 8:52 AM