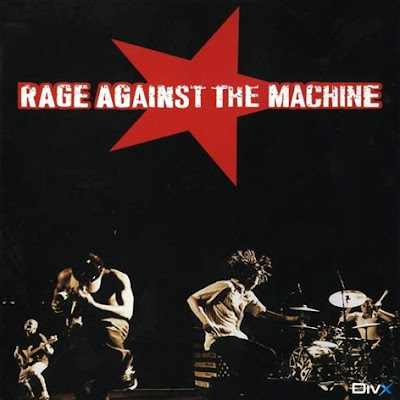 Rage Against the Machine has started rehearsals in preparation for its first show in seven years after the band split, according to many news reports.

Before Rage shattered, with Zack de la Rocha working on a never-released solo album and the rest of the band teaming with Chris Cornell to form the underachieving Audioslave, the band cut "The Battle of Los Angeles."

I rollerbladed to Best Buy when I was in the 10th grade, bought this album with money from my first job as a 15-year-old cart pusher/grocery bagger at Jewel/Osco Grocery. I listened to this album, appreciated it for the rock and the sound, which even amid many mediocre rap/rock clones (Limp Bizkit, Papa Roach, Kid Rock etc.) stood out as excellent and unique. The album went into a box before I graduated high school.

When I woke up and became politically aware, the album came back out. Research was done on Rage, there message was internalized. Now as a grown man ready to graduate college and enter the world of work, I have sacrificed more than $500, a week of my time and much energy to see them reunite. This is my story, but it may as well belong to any among this generation.

As Tom Morello has said in many interviews, during the seven years Rage left us, the world has developed some serious problems. The Middle East Conflict has become even messier with scores of American young dying without cause. The government employs illegal phone taps and detains terrorism suspects for years at a time without fair trial. Latin America is waking, with leftist politicians coming to power and indiginous peoples becoming involved.

Now Rage is back. The latest issue of Rolling Stone praises the band's last performance at Coachella. In 1999, Rage took the stage, sounding weak at first, according to Rolling Stone, due to Zack de la Rocha's laryngitis. After a few songs into the set, Zack screamed "Fuck you I won't do what you tell me!" with the raucous crowd gathered before him.

By the end, Rage rocked the entire crowd with "Sleep Now in the Fire," a song little known by those gathered. Rollling Stone praised it as a classic performance. One can only speculate at the power the reunion show will wield. With 28 days on the official countdown and 26 days on our personal tally, one must ask how long? Not long, because what you reap is what you sow.
Posted by Zack Q at 1:18 PM